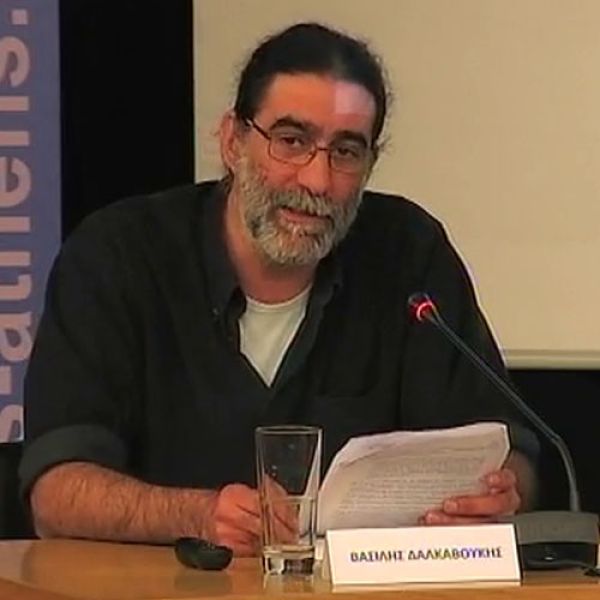 Dr. Vassilis Dalkavoukis was born in 1967 in Ioannina, in northern Greece. H studied history and archeology at the Aristotle University of Thessaloniki. He also holds a Master’s (1996) in Modern Greek History and a PhD (2001) in Folklore Studies from the Faculty of Philosophy in Aristotle University of Thessaloniki. He is member of the Greek Association for Ethnology, the Greek Association for Semiotic Studies, the Network for the Study of Civil Wars and the Network of the Balkan Universities “Border Crossings”, as part of which he teaches ‘Ethnography: The Methodology of Fieldwork’ at Konitsa Summer School in Anthropology, Ethnography and Comparative Folklore of the Balkans (August 2006 and August 2007). From 1992 to 2006 he worked in secondary education. Since June 2017 he has been teaching ethnography and is now Associate Professorof Ethnography of Greece, at the Department of History and Ethnology of the Democritus University of Thrace. His research interests include local and ethnic identities in Greece, ethnography of space ethnography of education, ethnography of memory and Semiotics. His geographical areas of ethnographic interest are Zagori and Konitsa, both in Epirus, and Thrace.